We had a wonderful time playing for Centerbridge Partners in a beautiful hall at the New-York Historical Society. From left to right, Scott Tixier on violin, Yvonnick Prene on harmonica and Pasquale Grasso on guitar. “Time stops when you pass through the doors of the Flatiron Room. Fifties-era Italian floral wallpaper, rolling library ladders, and a chandelier that once hung in the Smithsonian set the anachronistic mood; live jazz, performed on a velvet-curtained stage, seals ye olde deal. But what really takes a tippler back is the whiskey. Old, rare, indie, you name it—if it’s distilled from fermented grain, it’s probably here. There are nearly 700 bottles to choose from, including Gordon & MacPhail, the Maltman, and 27-year-old limited-run Glenmorangie Pride (sip slowly—it’s $800 per dram). A private room upstairs offers tastings and classes ($35 to $125), usually led by whiskey sommelier Heather Greene. If you take a liking to a particular spirit, purchase a bottle and it’ll be tagged with your name and stored in a private locker.” Padam Swing returned for the second time at Pierre Hotel to perform for the University of Scranton Alumni Reception. It was a wonderful event and we were thrilled to be a part of it.

The Pierre stands today as a landmark hotel bestowing European grace and elegance – exactly what Charles Pierre had intended when he first created the hotel in the 1920s. Distinguished visitors from all over the world have wined and dined in the hotel’s Grand Ballroom and Cotillion Room, among them Germany’s Chancellor Helmut Kohl, French President Francois Mitterrand, Japanese Emperor Hirohito and Russia’s President Boris Yeltsin. Even celebrities such as Mary Tyler Moore and Barbara Walters have held their wedding receptions at the hotel. And literary icons that have called The Pierre their refuge include Dashiell Hammett, Lilian Hellman, John Grisham, Stephen King, Tom Wolfe and Terrence McNally. 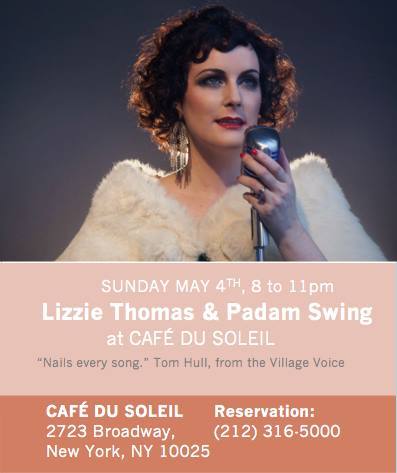 Inspired by the musical genius of Django Reinhardt heard echoing through the streets of Paris during the 30’s and 40’s, Padam Swing continue an esteemed tradition with Wonderful World, while breathing a new light on modern jazz through experimentation of rapid tempos and bold key changes.

It’s a staggering achievement from the four pieces, comprised of Scott Tixier (violin), Michael Valeanu (guitar) and Lorin Cohen (bass), and lead by Yvonnick Prene, whose foundations in jazz were laid at an early age. “As a child I was often alone in my apartment in the suburbs of Paris – my parents were working late,” remembers Prene, who grew up listening to his father’s CD collection (think Rolling Stones, Muddy Water, Sonny Boy Williamson). “When I was 7, there was a guitar with broken strings and a plastic toy harmonica in the apartment, and I couldn’t use the guitar so I took the harmonica and started to bring it to school.”

Prene’s career officially began in Paris at 17. Since then, Prene has gone onto garner attention and gain prestigious awards for his outstanding showmanship, both as harmonica performer and composer. In 2007, Prene was named as a finalist in the “Trophées du Sunside” competition in Paris alongside his band, and was invited to participate in the prestigious Betty Carter Jazz Ahead Residency Program in Washington D.C, 2011.

His distinction continued to elevate Prene amongst his peers in North America, and was the first harmonica player selected to audition for the distinguished Thelonious Monk Institute in Los Angeles, performing in front of jazz legends Herbie Hancock, Wayne Shorter, Jimmy Heat, Kenny Burrell and James Newton. Following his audition, doors continued to open for Prene, and he was awarded multiple full-tuition scholarships at The City College of New York, (MICEFA 2007), Columbia University (Alliance Program, 2008) and at the New School for Jazz and Contemporary Music (Merit-Based Scholarship, 2009). It was here are the New School that Prene had the opportunity to study with the masterful Lee Konitz, Reggie Washington, John Patittuci, Peter Bernstein, Charles Persip, Kevin Hays, Charles Tolliver, Ben Street, Jerome Sabbagh, and Aaron Goldberg.

After gaining his Masters in Music and Research at Sorbonne University in 2011, and a Bachelor of Art from the New School, Yvonne signed to Danish label, Steeple Chase Records, through which he released his stunning debut album, “Jour de Fete,” and saw Prene tour in almost every corner of the globe across Europe, North America and The Caribbean.

Wonderful World takes listeners on an ethereal journey, with original gypsy bossa tracks composed by Prene himself including the playful, “The Swimmer,” to Johnny Green’s exuberant “Coquette,” and the glittering “Duke Ellington’s Sound Of Love” composed by Charlie Mingus. It’s truly a modern masterpiece by some of the most talented contemporary musicians in the jazz world. 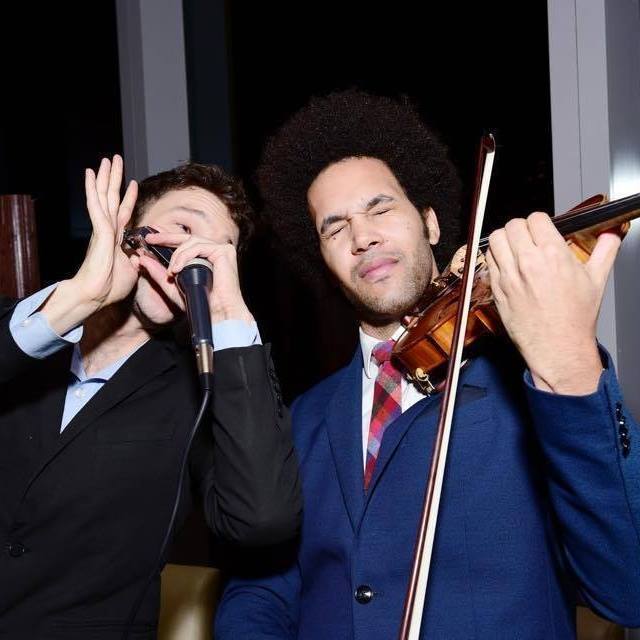 Thank you to all the gouls and goblins who came out to hear us yesterday! It was a thrilled to perform at The Brooklyn Botanic Garden for an afternoon Halloween celebration! On October 3rd, Padam Swing was invited to perform for at The Pierre Hotel for an private event organized by the University of Scranton. Celebrating Bastille Day at Maison Harlem! Sunday July 14th from 2 to 4pm and then 7 to 9pm